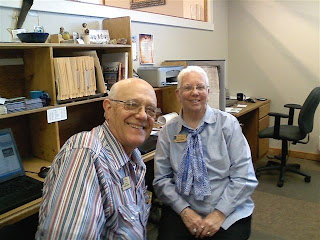 My dad, Ken Jenkins, served in the U.S. Army. He was drafted during the Korean War, but he ended up being able to stay in the United States (he was good at training other new draftees, so they kept him in Oklahoma, training new recruits on artillery). He served active duty from 1954-1955 (21 months). The government wanted to cut military costs once the truce was signed, and Dad was able to get discharged early because he had an agricultural job waiting for him. After he was discharged, he and my mom returned to California, where they raised my brother and me. Dad worked as a harbor engineer and harbor manager at Morro Bay and Port San Luis. He gave countless additional hours of service in those jobs. After he retired and my parents moved to Washington, he helped my brother start a business. This photo was taken while he and mom were selling real estate as a team for several years. They retired from that career last year, and they now enjoy their mountain home in northern Washington. 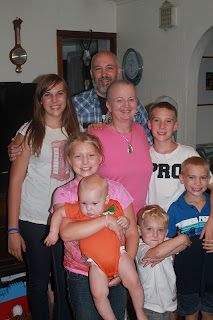 My brother, Maury Jenkins served in the U.S. Coast Guard from 1973-1997. (That's him in the back of this family photo--surrounded by beautiful grandchildren, with his wife, Linda, standing in front of him.) He and Linda and their four children were stationed in Alaska, Guam, Virginia, New Jersey, and other places in the U.S. He achieved the rank of Lieutenant Commander in the Coast Guard. Now that he's retired, he serves as minister of a small church in Washington. 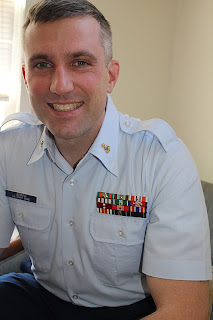 My nephew, Aaron Jenkins, is currently serving in the U.S. Coast Guard. This photo was taken on the day he was promoted to Chief Petty Officer. He and his wife, Keelan, are parents of the beautiful children in the photo above. He is currently stationed in Ohio, on Lake Erie. 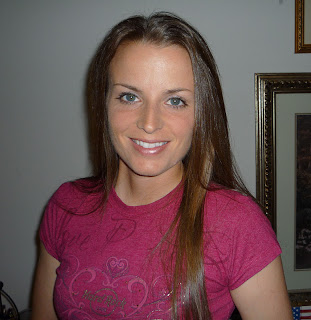 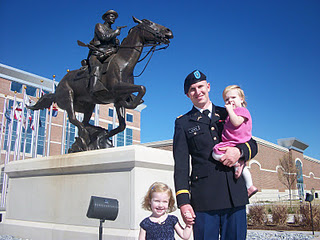 Katie's brother-in-law, Chris Lewis, just completed his officer training, and will soon be stationed in Germany. You can read more about his graduation day on Anna's blog.

Thank you to these dear family members, and to all veterans. I appreciate your service to the people of the United States, and the institutions we hold dear. I wish you didn't have to leave your families and loved ones so often. You are in my prayers for a safe tour of duty.

Hey! One of your favorite veteran's is one of mine! Great post Kathy!