Here's a little excerpt from some of my recent thesis-writing attempts. It is set in the spring of 1990, when I was still fairly new as an Assistant Scoutmaster for the 11-year-old Boy Scouts at my church. As a Mormon woman, I wasn't really supposed to go on the overnight campouts, but no one had specifically forbidden me to come along...and so I did...

The BSA rules were clear: “two-deep leadership” was required at all times, even for our weekly meetings at the church, and especially when we were out in the woods. But since BSA had only recently made it possible for women to serve as Assistant Scoutmasters, there were no gender rules yet about who those “two-deep” people had to be. The Church, however, did have rules about gender. While the handbook, at that time, did not specifically forbid women from camping with the Scouts (a more recent edition of the Mormon church’s Scouting Handbook does state that only men may camp with the Scouts), there was a general assumption that men would be the ones out camping with the boys.
I squeaked in under the radar. In those early days of women holding leadership positions in Boy Scout troops, the Mormon Scouting rules were just vague enough to let a cagey woman slip through. Of course I always had two-deep leadership. But I always made sure that I was one of the leaders, even on the overnighters. After all, I had to go out with my boys. I was highly trained from Wood Badge, and my eleven-year-olds knew my rules and expectations. They always behaved better with me. Even more importantly, if someone else took them out into the woods, then I would still be stuck at home. And there were so many ways to creatively circumvent the rules.

The district camporee is always held in the spring. Scout troops from all over the county join for a big campout where competitions are interwoven with ways to advance in rank. To a Boy Scout troop, going to the annual camporee is a big deal. I began talking it up with my eleven-year-olds in April; the camporee was scheduled at Metzler Park in May. They had to help plan the menus and then cook the food for part of their advancement.
“Let’s have top ramen,” one of boys suggested. “That’s easy. I can cook it.”
“No ramen,” I said.
The boys looked at me, shocked. “Why not?” one of them asked.
I had three scouts at the time. David F, Chris R, and Matthew L. Matthew was really in the other ward, but it’s no fun to have a Scout patrol with only one boy. The other Bishop had called my good friend, Lynne, to be the Assistant Scoutmaster over eleven-year-olds in her ward, so she and I combined our groups, which took care of two-deep leadership.
“Ramen is too easy,” I said. “Not nutritious enough. Let’s cook something really good on the camporee.”
They looked interested at this. Eleven-year-old boys are foodies, but their range is limited.
“Macaroni and cheese?” one of the other boys suggested, to general assent.
I rolled my eyes. “Are you kidding me?” I asked them. “You can eat macaroni and cheese anytime. Listen, I’m bringing my Dutch oven. You can use the Dutch oven and cook almost anything.”
“Anything?” David asked.
“Almost anything,” I said. I was thinking of camping staples: chili, stew, hamburgers…
“Cornish game hens,” David said decisively. “With this sauce my mom makes with brown sugar and orange juice. And…”
“Uh, I’m not sure we have a budget for Cornish game hens, David,” I hedged. This was suddenly out of my league. I had heard of Cornish game hens, but I had never made acquaintance with one in my own kitchen.
“My mom has some in the freezer that we can use,” David said. He looked around at the other two boys in the patrol. He had their attention. “And I’ll get my mom’s recipe for the sauce.”
All three boys turned to Lynne and me. Lynne shrugged. “Well,” she said to me, “it can’t be that different from roasting a little chicken.”

On Friday afternoon Lynne and I and our three eleven-year-olds piled into the Vanagon for the drive out to Metzler Park for the camporee. Our troop--the whole group, including the twelve-to-sixteen-year-olds--were assigned a campsite together. Lynne and I had our boys set up their tent outside the main group of boys, and we pitched our tent just beyond theirs.
We acted as if we were supposed to be there, and none of the male troop leaders said anything to us about our presence. A few other troops had women camped with them, too, but they were the non-Mormon troops. Maybe the men from our troop hadn’t read the manual. Probably they thought the Bishop had given us permission to be there, but Lynne and I were operating under the “Don’t ask, don’t tell” philosophy.
As soon as the tents were set up, I showed the boys how to start the briquettes for the Dutch oven. All around us, troops were heating up cans of soup or macaroni and cheese or top ramen. Our boys were very serious and solemn about tending the charcoal briquettes for the Dutch oven. David mixed his mother's brown-sugar-and-orange sauce
The only thing that drew any attention to us being there was the Dutch oven full of Cornish game hens. The scent of roasting poultry wafted through the evening air as dusk wrapped the campsites in a blanket of boy voices and wood smoke. When it was time for the Patrol Leader’s Council—an evening logistics meeting of the boy leaders and an adult to back them up—David took his mess kit with him, full of our savory meal. The Dutch oven had taken a little longer to heat up than I had planned, and he hadn’t finished his meal in time for the meeting. One of the older boys at the PLC asked him what he was eating, and when David told him, he earned admiring nods and comments from the seated group. I said nothing. It was fully dark now, and I doubt that anyone noticed my grin. 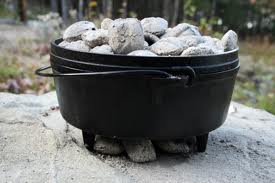 (If you have any feedback or suggestions for me, I would welcome your thoughts!)
Posted by Kathy Haynie at 6:53 PM

I've been thinking about this post all day long and reminiscing about those days of overnight camping with our scouts. What I pondered most is the different attitudes we had about the adventures. Yours seemed to be about proving that you can and dodging the male vs. female bullet, and mostly I remember thinking "I hope this turns out okay". Honestly, I wouldn't have done it without your encouragement and support. The issue of "is it allowed?" didn't bother me much because both my Bishop and Ken were fine with it. Mostly I hoped I was capable of the adventures without a man around. Turns out I was. :)

Great job Mom! It was a very enjoyable read.

"Matthew L" is actually spelled with only one "T". (It's kind of a funny story if Mat's mom tells it to you.)

Also, since Mat is living just around the corner from you right now (and I'm pretty sure he doesn't read a lot of blogs) you should give him a copy of this, and see if he remembers any details you could add.