One of the purposes of our road trip is to deliver stuff childhood mementos to Katie, now that she's moved to Ohio. She had bravely sorted through many boxes when she visited our home in May, and now we were bringing the "keepers" to her in her new home.

Then Kendra asked us to add in her box of childhood Christmas ornaments and her steam canner...to deliver to her in Kansas.

Then I found several boxes of treasured family photos that needed to be returned to Mike K. in New Jersey.

And finally, Angela asked if we could pick up a 25-lb sack of gluten-free flour from Bob's Red Mill in Portland, and bring it to her in Las Vegas for her children with celiac disease.

Gulp. Would it all fit? 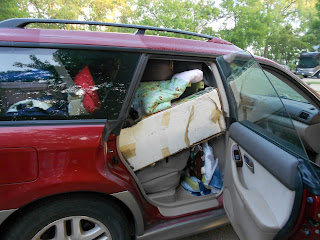 Haha - we made it! But it looked like a traveling hillbilly Subaru, crammed to the very ceiling of the car with so many random things. 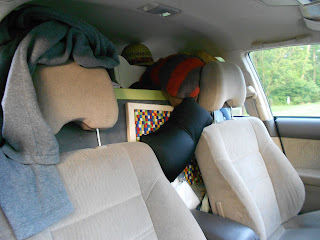 There was barely room for us to sit in the two front passenger seats. 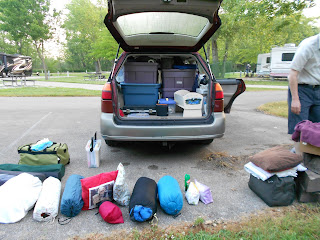 And all our clothes and camping gear for a 3-week trip had to fit in a tiny space in the back. Remember my story about barely escaping the severe thunderstorm in Kearny, Nebraska a couple of nights ago? Well, let's just say that one of my biggest fears at the time was whether we would even be able to cram things into the car. We had been making it work by putting each of our suitcases and camping items into very specific locations...somehow, throwing it all into the jumble in the back still worked well enough to be able to slam the door shut. 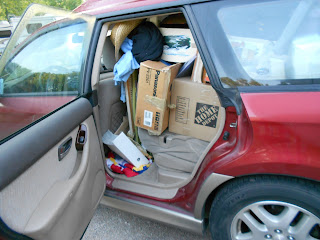 So this evening we were so thrilled...we arrived at Katie's house, and we were able to off-load about 60% of the load. 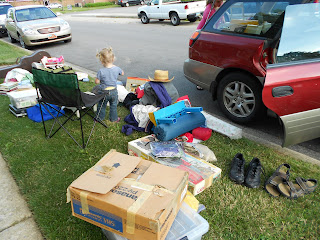 Ahhh...we can even see out the back window now! And we don't look like Subaru hillbillies!


Camping on the Mighty Mississippi
Last night we were able to camp at Fisherman's Bend, a small campground run by the Army Corps of Engineers. It was just upstream from one of their dams on the Mississippi. It was adjacent to Davenport, Illinois, but we were camped on the Illinois side. 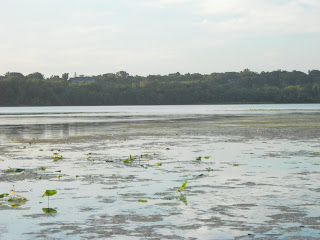 Illinois is so green and covered with trees. It was difficult to find a place where we could get close to the water to take pictures of the Mississippi. 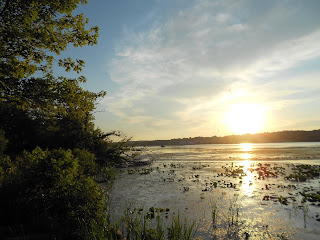 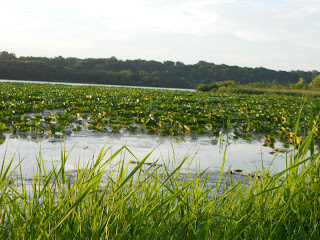 The campground was mostly used by RV campers. However, there was ONE tent site, and we were able to use it. Our little backpacking tent looked so small next to all those big rigs! 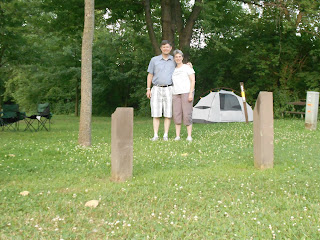 We left the rain fly off the tent to let a few more breezes blow through. About midnight it cooled off enough that we slept fairly well, and we didn't have any precipitation during the night. We had a long drive today, but the time flew by as Mark and I took turns reading Hattie Big Sky.

I finally have the "I" states sorted out! We traveled through Iowa, Illinois, and Indiana, and they are beautiful green states with rolling hills and lots of farmland and trees.

We arrived at Katie and Bryan's home in time for dinner, and lots of playtime with Olivia before she went to bed. Looking forward to more happy family times in the coming days!
Posted by Kathy Haynie at 5:51 PM

Oh, it must be sooo nice to have some extra space in your car! I'm afraid we are still traveling about "hillbilly" style. We've got the organization part down, but there's still a lot of stuff that goes in and out every day. Enjoy your time with the little ones, and I look forward to seeing more pictures. :)