We had SO much fun with Katie, Bryan, and Olivia today!

First: an outing to the Columbus Zoo. 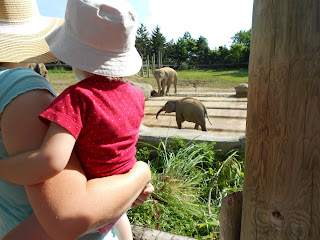 Of course we had to go see the elephants first. They are Olivia's favorite animal. She calls them "atchoos" because she thinks they sneeze out of their long noses. 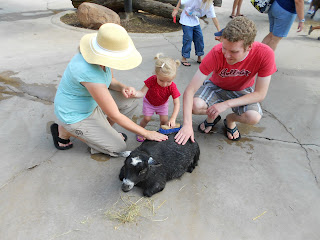 We also made a stop at the petting zoo. Olivia wasn't afraid of the goats. It helped that they were so docile...probably because they were so fat. Mark and I agreed we had never seen such overweight goats, but at least they were very placid and not at all assertive with the little children. 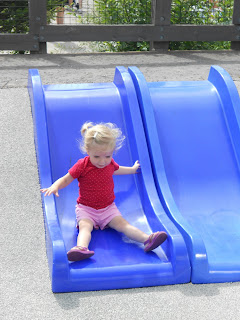 We saw a number of other animals as well, but the play area was a hit.

This afternoon, Mark and I helped Katie plant a little garden in her patio area for her (belated) birthday present. 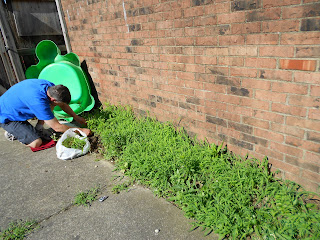 This is the "before" picture.
Lots of weeds, good soil, and a few flower plants scattered among the weeds. 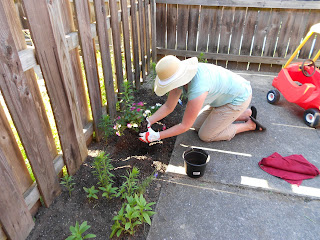 After
Adding a few more flowers to the ones we found already there. 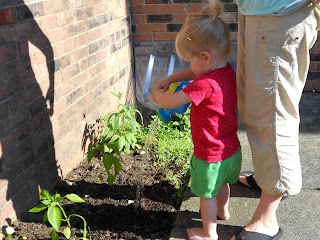 Junior Farmer Olivia helping her mother water the new garden.
These are pepper plants, and we also planted some tomatoes. 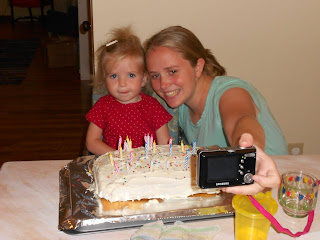 This evening we celebrated Katie's birthday.
Bryan and Olivia made a delicious cake. 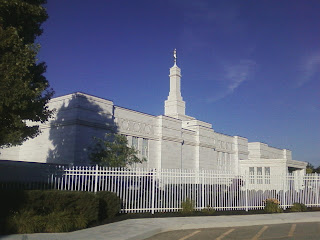 Katie and Bryan took us for a ride to show us their church building, which is right next door to the Columbus Temple! Afterwards we went to the library and played in the park.
Posted by Kathy Haynie at 6:47 PM