More than half-way through the term

Whew! I turned in the midterm paper to my PSU class last night. The last time I wrote a literary response paper was in 1994, still in my undergrad program at 40 years old! Boy, was I feeling rusty this week as I scrambled to finish a 2,000-word compare/contrast paper on two of the books we've read this term. What I turned in was, I think, adequate. Not my proudest moment, not something I want to brag about, but good enough.

And you know, there are times in life when "if a thing is worth doing, it's worth doing good enough." We simply can't always push through to perfection!

Here are the books I've read so far this term: 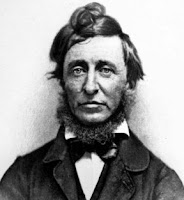 Walden by Henry David Thoreau. You know that quote that says, "If a man does not keep pace with his companions, perhaps it is because he hears a different drummer. Let him step to the music which he hears, however measured or far away"? Yup, this is the book it came from. There were parts of this book I loved, and parts that (yawn...) were kind of long to get through. Thoreau is famous for living in a cabin he made himself at Walden Pond for two years while he got in touch with his inner hippie. In reading this book, I learned some things about how to (and how not to) write about nature.

Roughing It by Mark Twain. This is one of his early books, the story of his adventures as a young man out West. He rode the overland stage to Carson City, Nevada. On the way he spent several days in Salt Lake City, and he includes some tall tales--and some thoughtful comments--about the Mormons he met there. This is where his comment about the Book of Mormon being "chloroform in print" comes from. He stretches the truth with tongue-in-cheek humor that kept me entertained through the whole book. Good thing - it was over 300 pages! 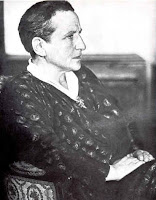 The Autobiography of Alice B. Toklas by Gertrude Stein. Now this was an odd book. Alice B. Toklas was Stein's companion and partner for many years. It is written by Stein, in 1st person, as if it were being told by Toklas. There's a weird mirror-image effect that keeps popping up in the book. Who is she really talking about? Because of course, it's really about Stein. Although Toklas (who is really Stein) says it's about Toklas. See what I mean? Stein and Toklas lived in Paris in the 20s, where they were part of the avant garde art movement. Although Stein can be a very odd, difficult writer to read, I do appreciate her spare style, and her focus on describing telling details.

Down and Out in Paris and London by George Orwell. The only nonfiction I had read by Orwell prior to this book was a couple of his essays. Mostly I am familiar with his two famous novels - Animal Farm and 1984. This book is pretty much what the title says. He experiences poverty in two major European cities. In Paris he really was poor, and had to survive by being a dishwasher at a hotel. In London he wanted to experience the life of a tramp so he could write about it. 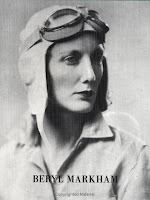 West With the Night by Beryl Markham. Wow! Wow!!! This was a wonderful read. Of all the books I've read so far this term, this is the one I would go back and re-read for enjoyment, or recommend to friends. Beryl Markham lived in Africa in the 30s, and she was a bush pilot there. She writes beautifully and movingly about Africa, flying, and horses (she also trained horses.) At the end of the book she writes about her trans-Atlantic flight, east to west against the prevailing winds--she was the first person to successfully make that flight.

Ok, I know this list is getting too long, but there's just one more...if you're still reading this... 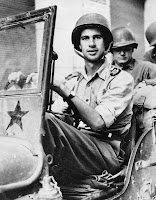 Hiroshima by John Hersey. Have you ever read this? It's a little book, only 150 pages long and very readable. It's told in the voices of 6 Japanese who survived the bomb at Hiroshima. It is very moving and compelling to read. I think it is timely today because their experience is still being repeated, in our contemporary wars, and in natural disasters. 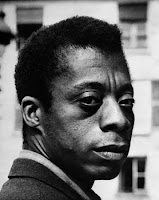 So now I'm reading Notes of a Native Son by James Baldwin. He's really smart, and so far I'm having a hard time with this book - a lot of it is over my head! I hope I'll get the hang of it soon. I have to finish reading it by Monday night. Then I just have two more books and one more paper, and the term will be over! It's been a really hard term - one book a week plus some outside reading - but it's flying by.

I've put pictures of the authors here because 1) I like putting pictures on my blog! and 2) reading these nonfiction books by these writers makes them as people more real to me. Even when their books are hard to get through, they are very interesting people.
Posted by Kathy Haynie at 9:32 PM

Wow, I am so impressed. Not so much with the reading part (although it's amazing to me that you fit it all into your already busy life!) but that you have apparently absorbed and learned so much from all these books in such quick succession. I would have forgotten most of the first before getting through the third, etc. I think you must be equally as smart as James Baldwin! I am awed to know you. :)