As Winnie-the-Pooh once said, "It's Windsday." Indeed it was today, here at Polly's house.

Grandpa and Seth built a kite out of sticks, newspaper, scotch tape, yarn, and a random long ribbon that Polly had. No electronics, no gizmos, just a boy, an old-fashioned toy, and a grandpa. 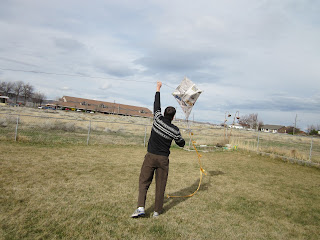 Would it fly? Grandpa was trying it out. 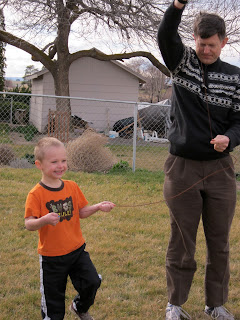 The entire time it was in the air, Seth thought he was controlling it.
He was actually just holding onto the loose end of the string.
But he didn't know that. He was pretty tickled. 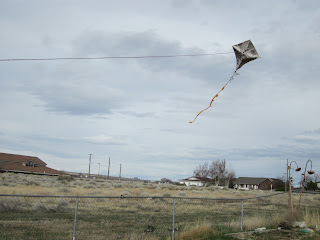 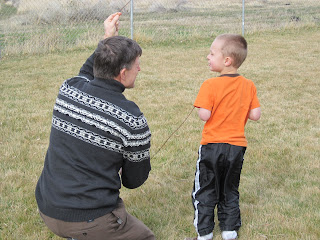 These two guys had a great time. 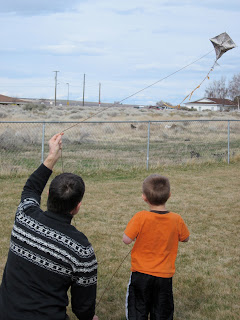 And Seth is still holding tightly to his end of the string... 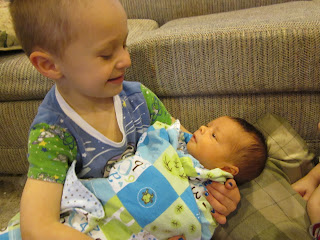 A little later, Seth enjoyed some time with his new little brother. 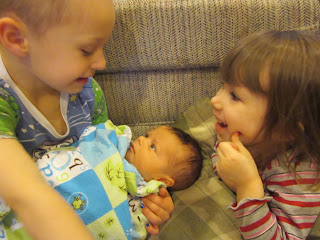 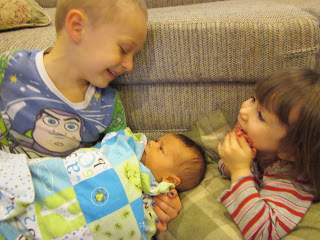 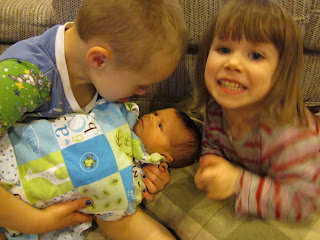 Something tells me that Seth is imagining the future (naughty?) fun he and his little brother will have.
And I know that Becca will be right there, in on all the fun, too!
Posted by Kathy Haynie at 9:08 PM

Anson looks as if he is eager to get growing and follow his big brother into mischief! Will Becca challenge their adventurous whims, or join in?

So cute! What a good Grandpa Vati is. :)

Anson is SO cute!! And Calvin has a blankie made from that same fabric!

The kids LOVED the kite...and I'm still really impressed it flew so well when made with found materials.

And Becca will definitely join in their mischief...she already does.