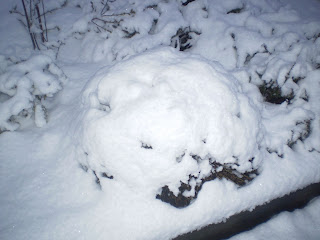 Today it is featuring this: 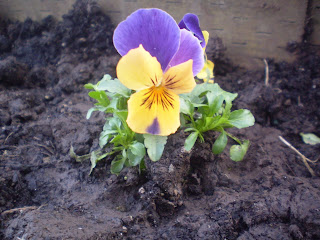 Welcome to the real Oregon spring! We had SUNSHINE!!! Mark and I mowed lawns, planted this sweet flowerbed with pansies... 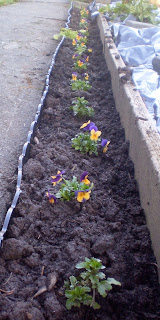 ...aren't they cheerful and friendly looking? 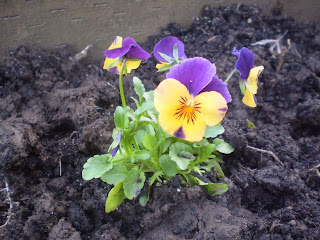 And we also put out some kale, lettuce and strawberries. 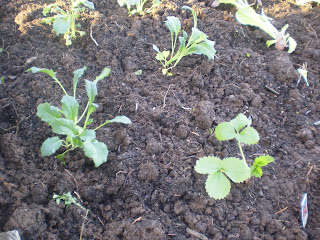 This is the earliest we've put any veggies out into the garden, but since most of it was covered with black plastic all winter, the soil is fairly warm and dry. We're hoping these sweet little guys will grow and give us lots of yummy edibles!

CARMAGEDDON
No kidding, that's what The Oregonian newspaper called Oregon City. As of 8:00 pm yesterday, a small section of Highway 213 was closed for four days of construction. If you are familiar with Oregon City, I can tell you it's the short section between Home Depot and I-205. Traffic delays of up to two hours were predicted for all over Oregon City, as 100,000+ cars would need to go through Oregon City every day during those four days, rather than take Highway 213. (Locals call it "the Bypass.") 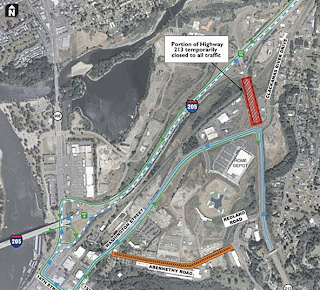 We live just a couple of blocks from Molalla Avenue, a major thoroughfare through Oregon City, and an alternate route for plenty of people this morning. I was walking along Molalla Ave at 7:30 am, and the traffic headed toward Portland was bumper-to-bumper and stopped. One car made it through the signal before it turned red again.

Mark and I ran an errand in the car around 3:00 this afternoon, and the traffic wasn't too bad then, but when he went to the gas station around the corner to get more lawnmower gas at 4:00, he said it was already getting really thick again.

Good thing we know some secret back ways to get around OC!

Click here if you want to know more about this construction, called the Jughandle Project.

It's actually a pretty neat project. They are building a new bridge for that section of Highway 213, so that the cross road (Washington Street) can go under the Bypass and cut down on traffic delays. The new bridge is already built, but it's not in place. It's sitting next to the highway!!


During the four days of closure, they will remove the roadway and all of the dirt beneath it, and then slide the new bridge into place. Man, the 21st century sure is amazing. I like to click on the construction cam to see how it's all coming along. 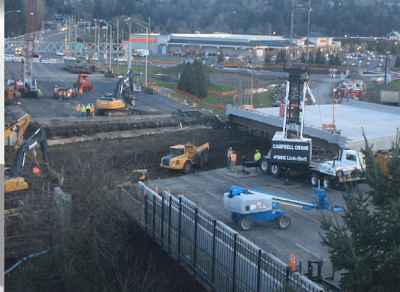 That's the new bridge deck on the right of the photo - the square white thing.
They will slide it into the area they are excavating (middle of photo).

I'll bet those workers are glad it didn't snow today!
Posted by Kathy Haynie at 7:28 PM

We witnessed some of that carmageddon today while we were out and about. Thanks for the link to the project camera...that was cool to look at! Today's sunshine was wonderful. Hard to believe that we were layed in snow just 24 hours before. Crazy.