How I fooled myself into thinking I was an extrovert 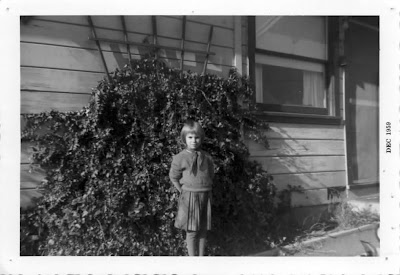 
I was definitely an introvert all through elementary school. Such a little dweeb - I'd take a book out with me to read on the playground at recess. Teachers would send notes home saying, "I'm worried about Kathy. She doesn't seem to play with other children." 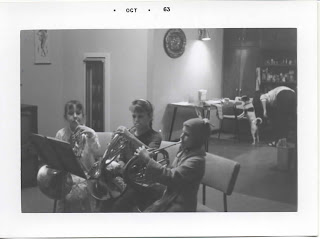 
There were three of us little girls who all played French horn in the school band. The other two were Kim and Cindy. We got along pretty well, but Kim and Cindy were close friends, and I was always on the periphery. One night in 4th grade I got the brilliant idea to get myself inside the group. I called Cindy and told her, "Just talk to me tomorrow; don't talk to Kim." "Ok," she said. But my devious plan backfired the next morning when Kim and Cindy walked up to me together on the playground. "Why wasn't I supposed to talk to Kim?" Cindy asked, with Kim standing right there listening in. "I didn't quite understand what you meant," she added. So much for popularity.

The summer in between 6th and 7th grades, my parents (who were not religious) sent me to a church camp for a week. I was pretty confused and didn't know how to fit in. I had gone to Camp Fire Girls summer camp every summer for years, but the church camp was much more refined, with revival meetings instead of cookouts. However, a novel thought occurred to me on about the second day there. "No one knows me here," I realized. "They don't know that I'm not very popular." I made a conscious decision around lunchtime that day to act "as if" I were the kind of girl I admired and wanted to be. I acted friendly and outgoing, and made several friends quite easily.

Heady stuff. After I returned home, I was reluctant to go back to the old me. It was a time of transition in my life, leaving elementary school behind and heading off to the junior high. I continued to be outgoing when school started, and my life changed. I ran for one of the 7th grade class offices (class treasurer, with the slogan "Put a tiger in your treasury!" from the Exxon ads, "Put a tiger in your [gas] tank!"), and I won. I had a boyfriend (never mind that he was shorter than me, and a show-off). I had a social life.

And so I thought I had changed. I never told any of my friends about my conversion to popularity at the church summer camp; they didn't ask about the new me. Maybe they thought it was about time I came out of my shell. It's only now, in middle age, that I'm able to acknowledge the effort that goes into maintaining the act. And even though I liked a lot of things about the outgoing, popular Kathy, even though I can cope with lots of colleagues and students at school and brothers and sisters at church, and I love being with my children and children-in-law and grandchildren, I'm glad to finally make friends again with that quiet little girl who read books at recess.
Posted by Kathy Haynie at 8:59 PM

Very introspective post, Mom. I think you had told me the Kim and Cindy story before (it makes me squirm in my seat every time.) I don't think I've ever heard about the church camp before though.

Great story, I love it! Sounds just like you, too....making up your mind to do something and then just going for it.

I haven't seen pictures of you as a child before. What fun! The second one tickles me. You're wearing a hat similar to ones you still like to wear, and what's up with the dog in the background
....looking for a snack on the table?!

The hat was a kangaroo hat - part of a pajama set that I outgrew, but I love the hat and wore it for years. The dog was Frisky, a little fox terrier. He's begging from my mom.